The Power of the Pantsuit

(Disclaimer: I’m in no way endorsing this Hillary Clinton. I personally support a third party candidate)

Is that an oxymoron? After seeing the hate being spewed on Facebook and Twitter, I’m not sure I’m ready to celebrate… In order to lighten things up this Trendy Tuesday, I decided to analyze a new fashion icon: the pantsuit. Though always a favorite amongst mature business women and church goers alike, Hillary Clinton has caused those in the fashion industry to reexamine it. Though several of her ensembles garnered quite a bit of attention, her white suit was arguably the favorite of her supporters. Those who plan to vote for her pledged to #wearwhite to the polls to show that they were “with her.” Wearing campaign gear such as t-shirts or buttons is prohibited at most precincts, but no can ban a pantsuit! Below I’ll include a picture of her three debate outfits (credit to Harper’s Bazaar). Personally, I think she could use some jewelry–but I may be a bit biased when it comes to accessories. 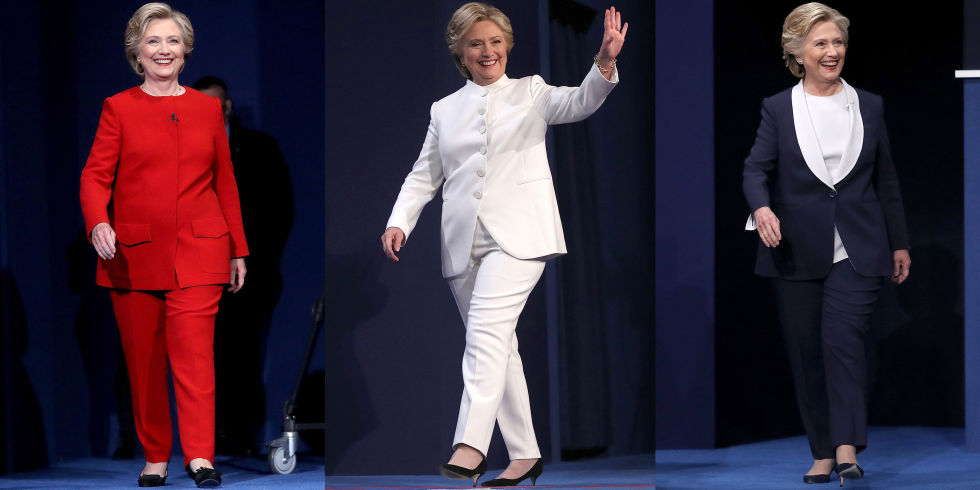 Though they’re not my style, women all over the country are donning these interesting outfits! Even Beyonce and her dancers wore pantsuits for their performance at her November 4th campaign rally. Though I’m not a big Beyonce fan, I was quite impressed by the dance moves they were able to pull of with those tight polyester pants. Hillary herself is not unaware of the power of the pantsuit. She posts pictures of her collection on instagram and cracks jokes about her style with Ellen. I find it interesting that those who came before her haven’t gotten as much attention. Check out this pic of Shirley Chisolm rocking this early model of the pant suit. 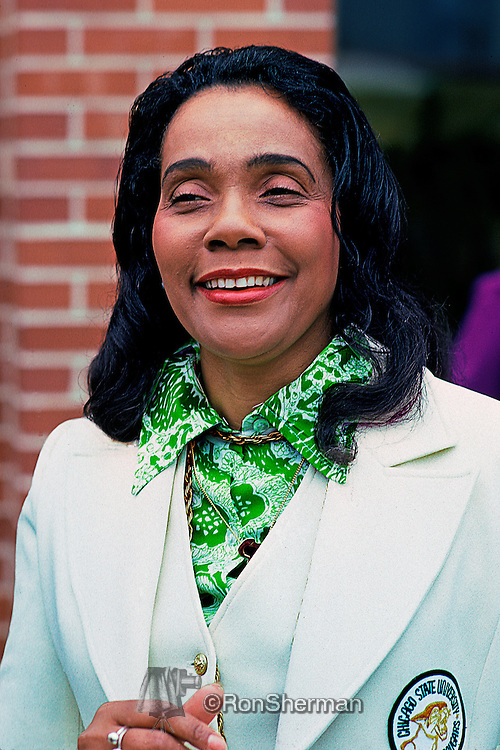 These brilliant women made a lasting mark on our nation (wearing pantsuits!) and did so in style. They broke through more than just a glass ceiling; their opponents trapped them in cages. In their time, it was difficult to be a black woman in politics–and yet they stood firm. They and their polyester suits marched, spoke, and strived for the future. Hillary certainly did not invent the wheel, but I suppose she should get credit for keeping it rolling.